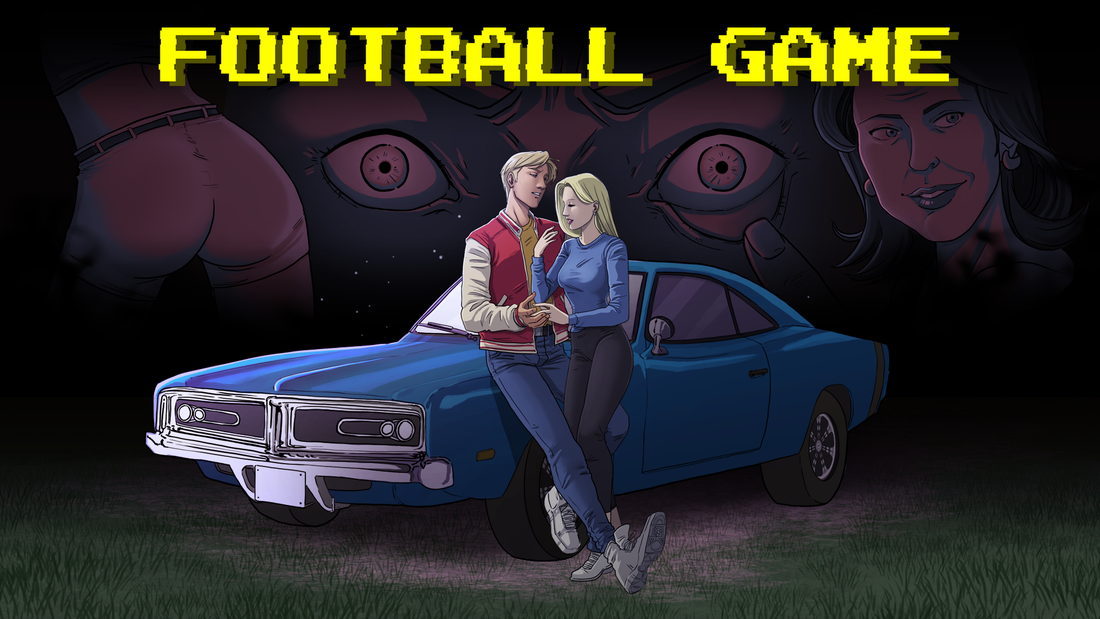 DLC: Football Game Original Soundtrack by JUPITER-C available via Steam £1.69 / $1.99
​
Contact: Shaun Aitcheson via shaun.cadgames@gmail.com
A mysterious and atmospheric adventure game from the creators of A Date in the Park, Legend of Hand and Sumatra: Fate of Yandi.

​Story
East Bend, Purchase County. 1987.
You are Tommy, a local high school football hero in the town of East Bend. It’s game night for the Purchase County Turbines and your sweetheart is waiting in the bleachers. Join Tommy for a night you won’t forget...

Features
- A traditional point and click adventure game aesthetic with puzzles and dialogue interactions familiar to the genre.
- A cast of characters including friends, foes, teachers, and a concerned mother.
- A short, twisted narrative with approximately one to two hours of gameplay, depending on the player.
- Award winning soundtrack by UK duo JUPITER-C, which is also available on cassette (SOLD OUT).

Inspiration?
Traditional point and click adventure games from the '80s and '90s, the music and films of David Lynch, the uncanny.
The Trailer
https://www.youtube.com/watch?v=C1Vh0SKiMao
Screenshots
Download a zip file of 13 screenshots and 3 GIFs here (12.8mb, via Dropbox